Information on Genesis and Evolution of FSSAI

Before FSSAI Act 2006, a number of food laws were from various ministries, organizations, and agencies to set standards and enforce set rules in different food sectors. Therefore, there were several strict quality or safety standards. However, there was a problem with the uniformity of approach and result.

It was realised that the existing laws were unable to match the fast-growing evolution of food-related technologies and the modernisation in production, storage, distribution, sale, etc.

There were few laboratories with poor laboratory infrastructure and manpower and other resources non-conducive to fixing the standards. Also, the dissemination of information to the consumer level was very poor.

The central government mentioned the requirement for a single law with a single regulatory body at the national level for food safety in Budget 2002. The Parliament passed the Food Safety and Standards Act in 2005. Finally, Food Safety and Standards Act 2006 (FSS Act 2006) was introduced with the consent of the then president of India A. P. J. Abdul Kalam on 23rd August 2006.

FSSAI (FOOD SAFETY AND STANDARD AUTHORITY OF INDIA) was then established by former union health minister Dr Anbumani Ramadoss on 5th September 2008 under the food safety and standards Act 2006. The Ministry of Health and Family Welfare, Government of India is the Administrative Ministry for the implementation of FSSAI.

Genesis and Evolution of FSSAI

Before the introduction of the Food Safety and Standard Act, there were many food acts in the country,

The above acts were repealed after the FSSAI Act, 2006 was implemented. It was established in 2008 but work within the Food Authority effectively began in 2011 after its Rules and key Regulations were declared. 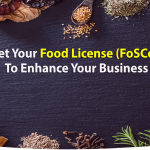 Info about Food Safety and Standards Authority of India organization